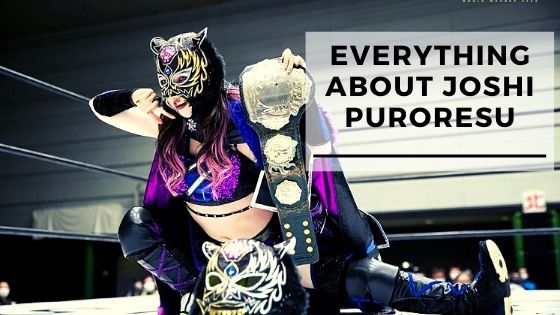 First, what is Puroresu?

Puroresu has some similarities with professional wrestling based on the stipulations, ring setup, and rules.

Puroresu’s only difference between western professional wrestling is its physicality, and wrestlers were licensed to use full contact during matches.

What is Joshi Puroresu?

Joshi Puroresu is the title of a female professional wrestler in Japan. In the early 1950s, the sport was founded.

Joshi Puroresu contrasts what was considered women’s professional wrestling in the west.

Most of their matches were concerned with the work rate and execution of their moves and storylines in contrast to being eye candy for the audience as portrayed by the western female professional wrestling industry.

What are the most popular Joshi Puroresu promotions?

The freedom to move from one promotion to the other only recently became a factor in recent times, female wrestling in Japan was handled by promotions with the license to handle it.

There was only one ever male wrestling promotion in Japan that possessed a women’s division known as FMW.

One of the promotions with the license and authority to handle Joshi was the JWP established in early 1992 by Masatoshi Yamamoto.

The JWP was the oldest Joshi promotion and lasted for 25 years. The promotion eventually folded up in 2017.

Other promotions handle Joshi events like the AJW (All Japan women’s wrestling) founded by Takashi Matsunaga and his brothers in the late 1960s.

Created as the successor to the All-Japan women’s wrestling corporation, it was designed to be a governing body alongside the WWWA (World Women’s Wrestling Association).

AJW started quite well with notable wins by top stars like Mach Fumiake, Jackie Sato and Maki Ueda known as the “Beauty pair” to take ownership of some international titles.

AJW would continue its rise to the top of the women’s professional wrestling scene in japan with its television rights giving it the upper hand over existing promotions.

The company would eventually go under after the founders lost a lot of money in real estate and stocks that led them to declare bankruptcy.

One of the more recent Joshi Puroresu promotions is World Wonder Ring Stardom A.K.A Stardom, founded in September 2010 by Fuka Nanae Takahashi and Rossy Ogawa who are all former wrestlers, although the company is owned by Bushiroad (a card game-making company).

Unlike the earlier promotions, Stardom focuses quite a lot on the physical features of their wrestlers while not neglecting the foundations of the Joshi Puroresu completely.

Is the fighting style in Joshi Puroresu the same as normal Puroresu?

It focuses on a lot of grappling, high-flying moves, knee strikes, fast-paced movements and submission maneuvers, this fighting style helps the women to transition into other promotions and gives them in-ring tools to thrive.

Is Joshi considered a fighting style?

A lot of new fans of the sport mistake the title for some sort of fighting technique used in Joshi Puroresu usually tagged as “Joshi style”, well to answer your question it is not a fighting style but simply a gender identification between professional wrestlers.

Where can I watch Joshi Puroresu matches?

Unlike the early days when AJW was the first promotion to televise their matches, there are now hundreds of Joshi Puroresu promotions on online streaming platforms where Joshi events can be watched and followed.

New promotions like Stardom and Tokyo Joshi pro have streaming services that make it easier to find, but other Joshi promotions and events can be watched on Japanese stations like Samurai Tv and Nico Nico.

Who are the best Joshi Puroresu wrestlers to watch right now?

Several Joshi Puroresu wrestlers have made a name for themselves through the Joshi Puroresu industry before moving on to bigger and better promotions. Some of the top names to follow are:

The list above was created based on personal preference and is not a depiction of which wrestler supersedes the other, but they are some of the bests in the business and have been part of several Joshi Puroresu promotions in Japan.